"Let me show you what it's like to be with a real man."

Shingen Takeda (武田 信玄, Takeda Shingen) is a romanceable character in both the Japanese and English versions of Ikémen Sengoku. He is voiced by Yuuichiro Umehara.

Shingen is often seen in armour with white, maroon, gold and black accents, or a deep red kimono. He is the tallest of the warlords, and has light brown brown hair with grey eyes.

Shingen's personality is predominantly flirtatious, romantic, bold and outgoing. He's often seen flirting with the heroine or other girls, and has a particular gift for being sweet with words and complimenting others. This side of him means that his loyalty to partners can be questioned, and being involved with him romantically can be dangerous.

However, aside from this normal temperament, Shingen can also be extremely serious and can lose his joking attitude shockingly fast. When it comes to his currently-fallen province of Kai, he's extremely devoted and is willing to do anything to bring it back to its former glory, and to do this, he believes that he must kill Nobunaga.

Shingen is also extremely fond of Yukimura, and was a rival of Kenshin in the past.

Shingen is the third warlord encountered by the heroine. She meets him just after Yukimura saves her from falling from the cliff she runs to, after being frightened by Kennyo, and Shingen remarks that Yukimura has found himself a girl despite only being in the area for a short amount of time. He then ponders teasingly if she's a ghost because she's walking around in the woods alone at night, and that there is smoke coming from Honno-ji, adding that she's beautiful in the process.

Shingen was a daimyō of the Takeda clan during the 16th century and was exceptionally talented and skilled in military endeavours during the Sengoku Period. He was a poet in his early years, and was helping with the vassals and elderly relatives of his clan when he was fairly young.

He took leadership of his clan from his father and was able to conquer significant amounts of territory swiftly afterward, but eventually came to be rivals with Kenshin, the daimyō of Echigo. They fought each other five times in total. Shingen also forged an alliance with the Tokugawa clan after the Imagawa clan was conquered, occupying it, before it was secured as a Takeda asset.

After this, Shingen challenged the Oda-Tokugawa alliance, rushed to prevent Nobunaga from occupying all of Japan, and fought with Ieyasu Tokugawa, defeating him marginally. However, other circumstances meant that he wasn't able to destroy the Tokugawa clan decisively, and then ended up dying in a camp. The cause of his death is debated; some say it was pneumonia, some say it was an old wound, and some say it was a sniper wound he suffered earlier. 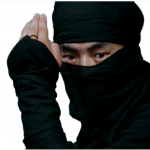 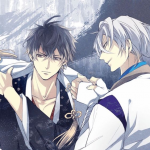 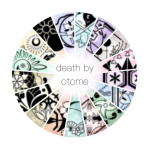 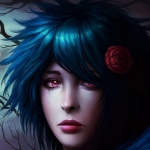