Grey
"Tell me, miss, how shall I make you cry?"

Kennyo is a former monk and warlord in Ikémen Sengoku, and is available to be chosen for romance in the English version of Ikémen Sengoku as well as in the Japanese Version of Ikemen Sengoku. He is voiced by Tarusuke Shingaki.

Kennyo is often seen wearing Buddhist monk robes consisting of dark gold, white and purple tones. He has blank hair and grey eyes, and a prominent scar running from his upper-right forehead to his left cheek.

Kennyo, for the most part, has an eerie, alarming and dangerous aura. His presence often causes the heroine to feel fear, and the whispers of his name amidst the people of Japan further fuel the animosity immediately felt toward him because of the way he is. He outwardly appears hellbent on revenge and determined to see the death of Nobunaga, no matter what he has to do to achieve it.

Despite this, he's shown himself to be extremely kind and caring beneath his rage and grudge. He's very considerate toward the heroine even when he's in a position of power and hostility with her. He feels immensely the weight of every death he causes or witnesses, and his value for human life is what makes him so driven to bring Nobunaga down.

Kennyo is the fifth warlord encountered by the heroine. She meets him after fleeing from the hastily-assembled Oda camp upon being offered a place at Nobunaga's side when he rules Japan. She runs into him in the woods, where he questions her for being there alone, no less being a woman, and then warns her that demons lurk in the woods and that she should be careful. She hastily leaves, unsettled by the words.

Kennyo was a strong, influential Chief Abbot and 11th head of the Hongan-ji in Kyoto, and was a part of the Ikkō-ikki Buddhist sect, comprised of warrior monks who were against and fought to lessen samurai rule in Japan. He is known for his outstanding actions to protect, safeguard and defend the Hongan-ji when it was under siege by Nobunaga Oda.

Kennyo was related to Shingen Takeda through their wives, whom were sisters, and so were in-laws connected through marriage.

When the threat of Nobunaga, Ieyasu Tokugawa and Kenshin Uesugi was looming over him from all sides, Shingen requested help from Kennyo, which Kennyo agreed to, resulting in Ikkō sectarians rising up against Kenshin. However, Shingen died, and Kennyo then made an alliance instead with the Mōri clan, who were also fighting against Nobunaga's impending rule, and also to protect the supply routes running to Hongan-ji.

Nobunaga laid siege to Hongan-ji in 1570 ad would continue to attempt to break in for the next 11 years. Because of Kennyo's meticulous planning and his alliance with the Mōri clan, with the latter protecting the supply lines. Kennyo requested help from Shingen and Kenshin, but both failed to respond. Nobunaga continued to attack Hongan-ji while weakening Kennyo's allies and forces in other locations, until finally they were exhausted for weapons and safe places.

Nobunaga instructed Kennyo to leave Hongan-ji, and after speaking with the Mōri clan and his other allies, he left, leaving his son in charge. However, it was then that Nobunaga requested for the emperor to order Kennyo's forces to surrender, which Kennyo's son agreed to. They left, and it burned down afterward, although it's debated who started the fire.

Kennyo survived all of this, however, and instead had his Ikkō sectarians help Hideyoshi Toyotomi repeatedly, to gain his favour, and eventually was able to have Hideyoshi allow him to build a new temple in Kyoto. 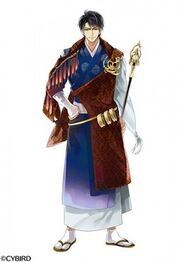 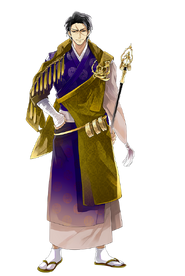 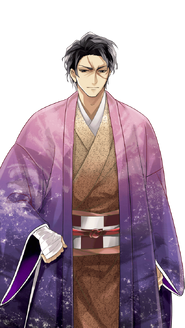 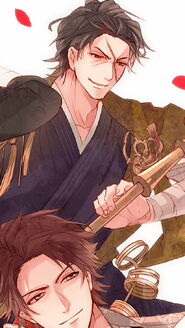 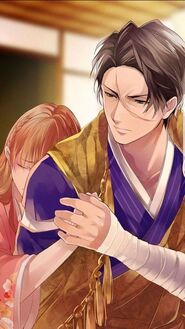 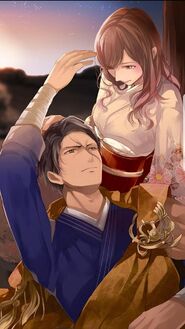 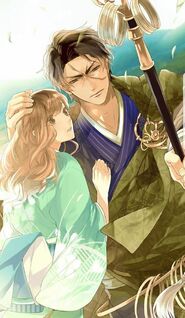 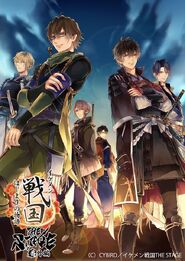