Jade green
"Then I suggest you stop fighting it and let yourself be used. It's easier that way. Trust me."

Ieyasu Tokugawa (徳川 家康, Tokugawa Ieyasu) is a warlord and a romanceable character in both the Japanese and English versions of Ikémen Sengoku. He is voiced by Toshiki Masuda.

When he is not in his armor, he alternates between two casual looks. The more common of the two outfits features a golden kimono accompanied by a yellow scarf with white embellishments. The other casual look consists of a dark yellow kimono with a red underlining, topped with an amber brown haori.

Ieyasu is the fairest of the warlords, with pale skin and straw blond, flaxen hair. He has deep jade green eyes and tends to keep an unwavering neutral expression.

At 174.1 centimeters tall, Ieyasu has the shortest stature of any of the warlords.

With his words cold and biting, Ieyasu initally comes across as a cynical contraian. He is known for his intellegence and fierce determination, making him a formidable opponent and powerful ally to the Oda forces.

When he first meets the heroine, he expresses his distaste for her weakness and appears rather dismissive of her. However, as the main character gets closer to Ieyasu and learns of his difficult past, she comes to understand why he held this attitude towards her in the first place. She gradually falls in love with his steadfast perserverance and quiet kindness.

Beneath Ieyasu's chilly exterior, he harbors a soft and gentle nature. While he admits having difficulty with expressing his feelings, the main character is patient and encourages him to open up to her, which he learns to do with her guidance.

One command of Nobunaga has you living under the care of the very cold, very contrary, and very distant Ieyasu. Despite his every effort to push you away, you can't help waiting to bridge the gap between the two of you.

But it's only once you do, that you find out about his tragic past.

(I want to break through those invisible walls of his...and reach his heart.)

"You really are a fool. But it's too late to stop this now, so I guess I'll stay with you."

The moment you catch a glimpse of his smile...an unstoppable love begins.

Tokugawa Ieyasu was the first of the Tokugawa Shogun, and third of the Three Great Unifiers of Japan. Effectively ruled Japan from the Battle of Sekigahara in 1600 until the Meiji Restoration in 1868. The battle of Sekigahara was the decisive battle which is often said to mark the end of the Sengoku period, and the beginning of Tokugawa hegemony.

Ieyasu seized power in 1600, received appointment as shōgun in 1603, and abdicated from office in 1605. Ieyasu died on 1616. He was later deified and his mausoleum at Nikko became one of the most important shrines in Japan. 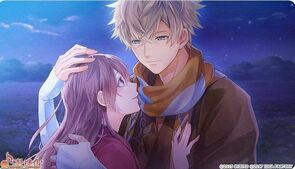 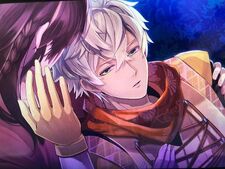